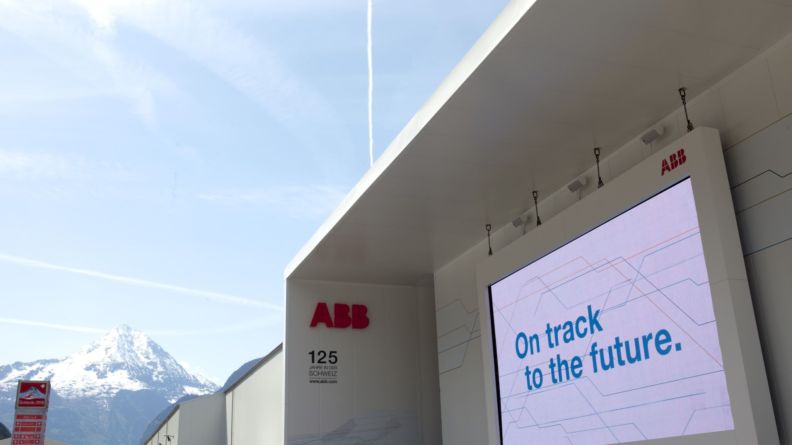 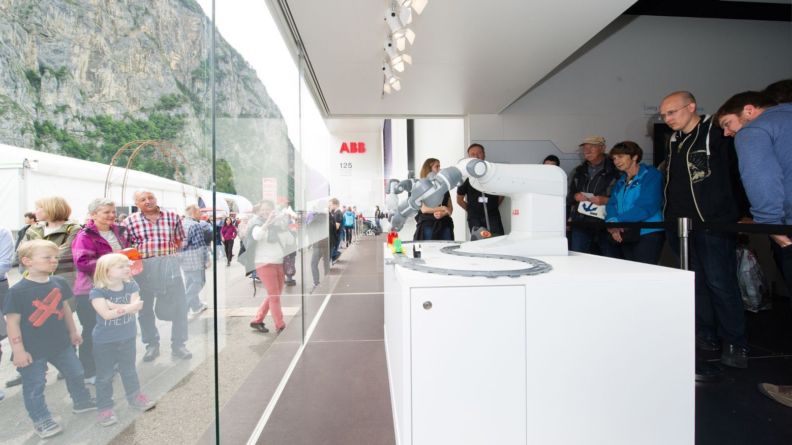 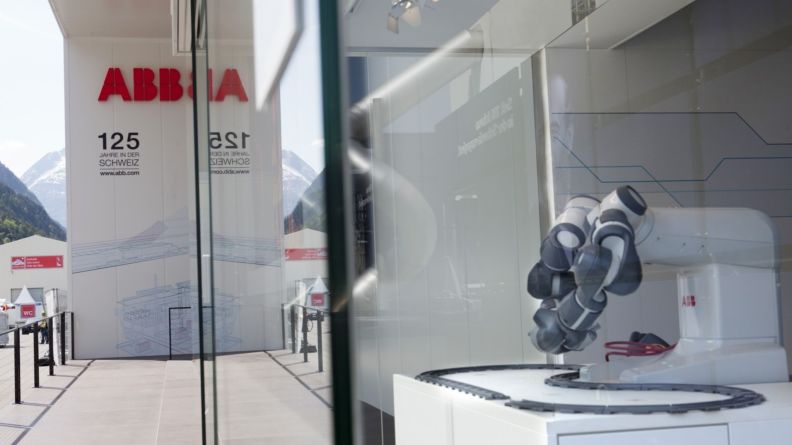 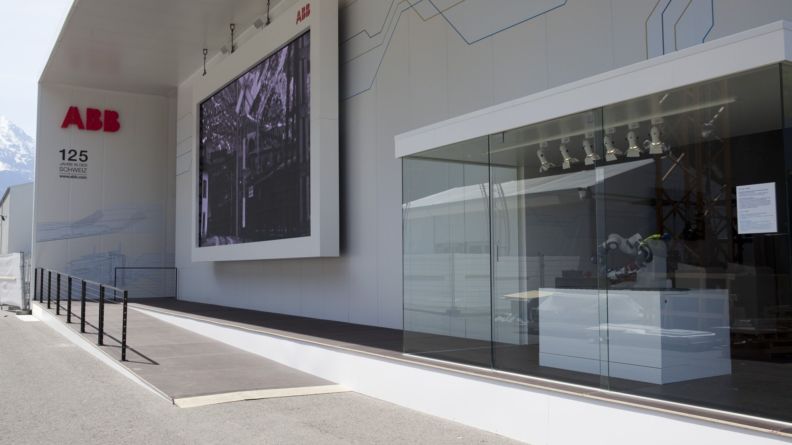 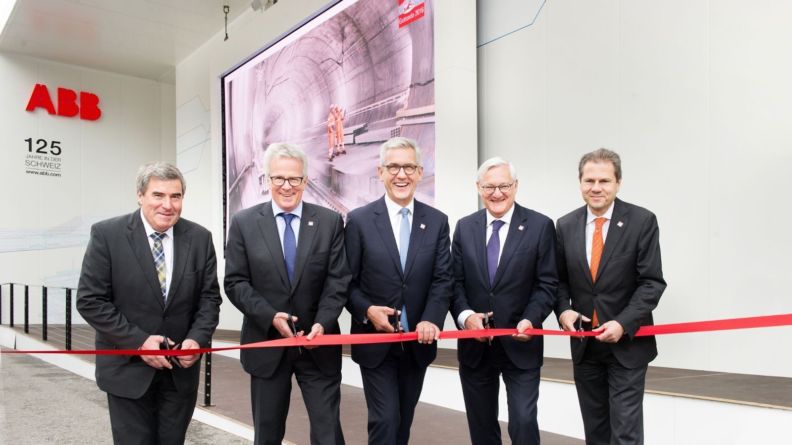 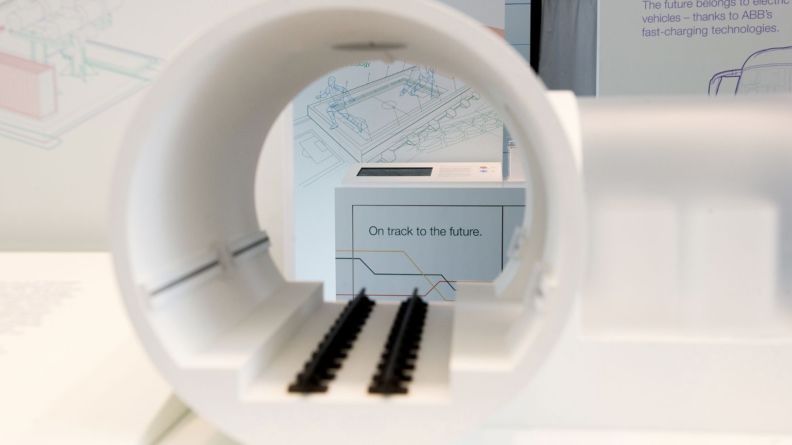 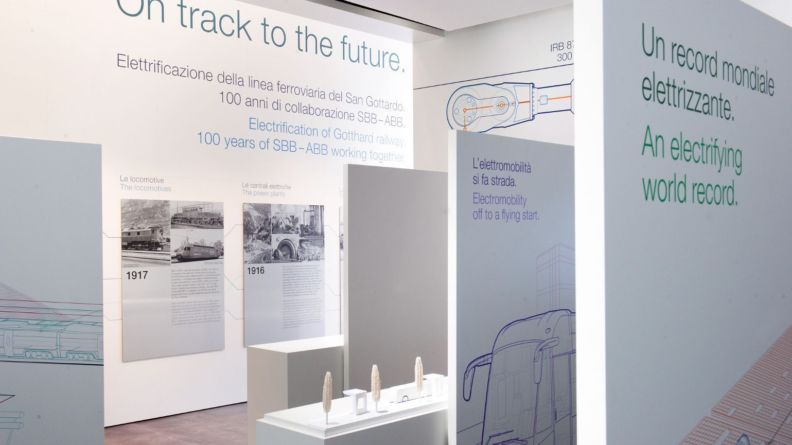 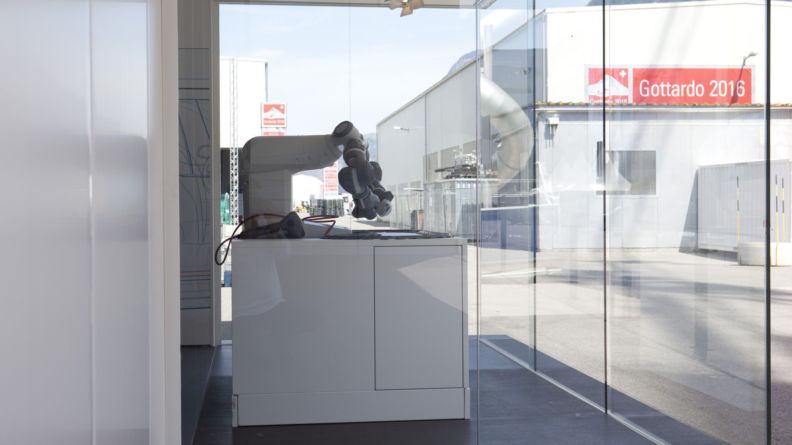 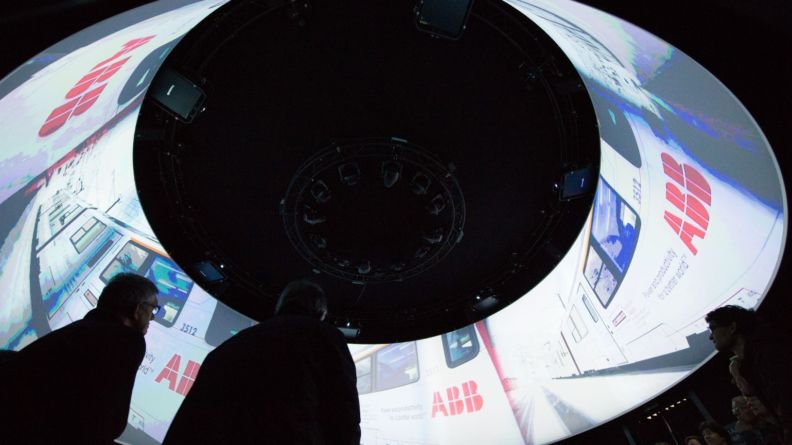 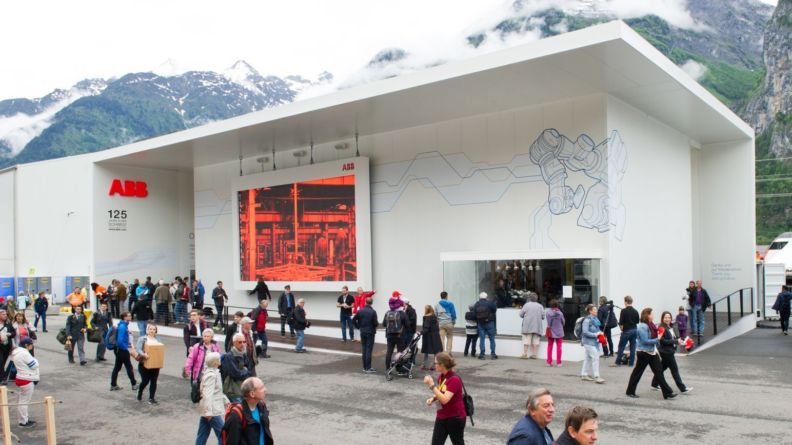 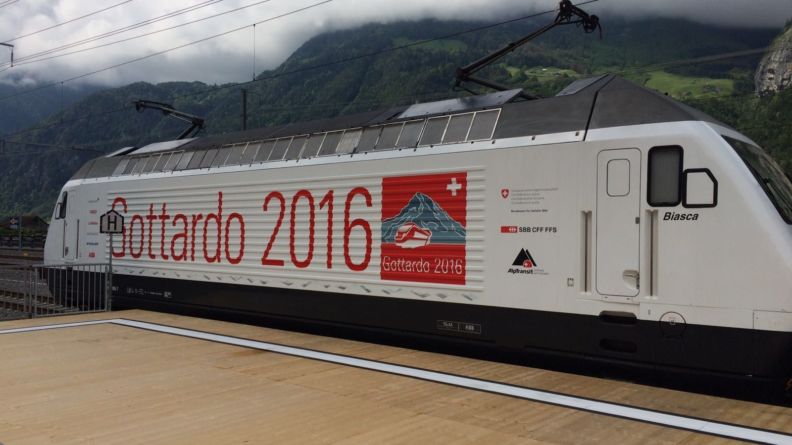 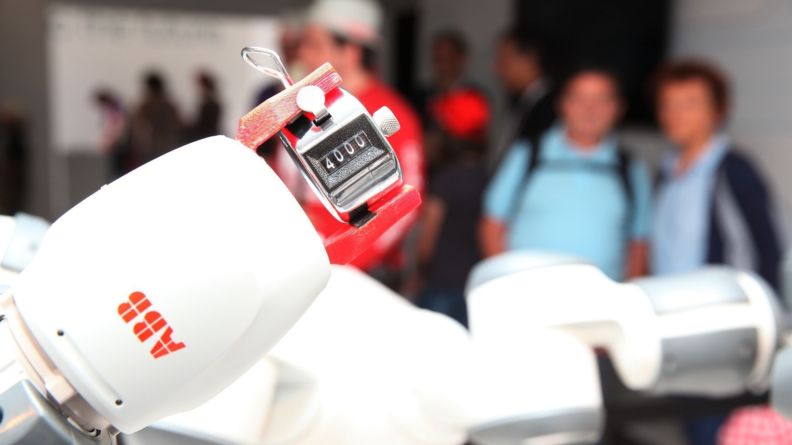 Exhibition pavilion at the tunnel opening.

The remit for the huge public event on 4-5 June 2016 marking the Gotthard Base Tunnel opening ceremony was to create a memorable representation and visualisation of the benefits that ABB brings to Switzerland’s economy and society.

Visitors to the almost 200 m2 exhibition sites in Rynächt (Uri) and Pollegio (Ticino) were able to immerse themselves in the fascinating world of ABB technologies and experience up close innovative achievements dating from the company’s founding 125 years ago (the then BBC) to today’s solutions in the areas of transportation, industry, building control, and energy supply.

The centrepiece of the exhibition was a giant 360-degree projection whisking viewers away to the world of ABB. Depicting exhibition themes such as urban mobility, energy efficiency, automation, robotics and the internet of things, the film provided an exciting window onto ABB’s visions for the future.

A giant 360-degree projection whisking viewers away to the world of ABB.

The actual exhibition section with an encounter zone was dedicated to ABB’s capabilities in the areas of electromobility, R&D into intelligent buildings, and railway operations (rolling stock). A further highlight was the world’s first collaborative robot, YuMi, who welcomed visitors to the pavilion. The presentation of interactive ABB exhibits also proved a big attraction among the 20,000 visitors over the two days.

On the road with ABB.

The ABB pavilion drew in so many visitors at the base tunnel opening that standing ovation repurposed it for an “ABB on Tour” roadshow across Switzerland. Zurich, Lucerne, Lugano, Biasca and Baden were among the venues that hosted the pavilion in September and October 2016. The roadshow’s goal of bringing ABB closer to the population was fully met, as borne out by the thousands of people throughout Switzerland visiting the pavilion.